As I mentioned in my first post of this blog, this year Hornby introduced the Thompson Suburban Brake 3rd Class coaches which have been a contributing factor in finally setting me off on this journey. The first of my pre-orders has arrived and the second is on its way according to an email today. 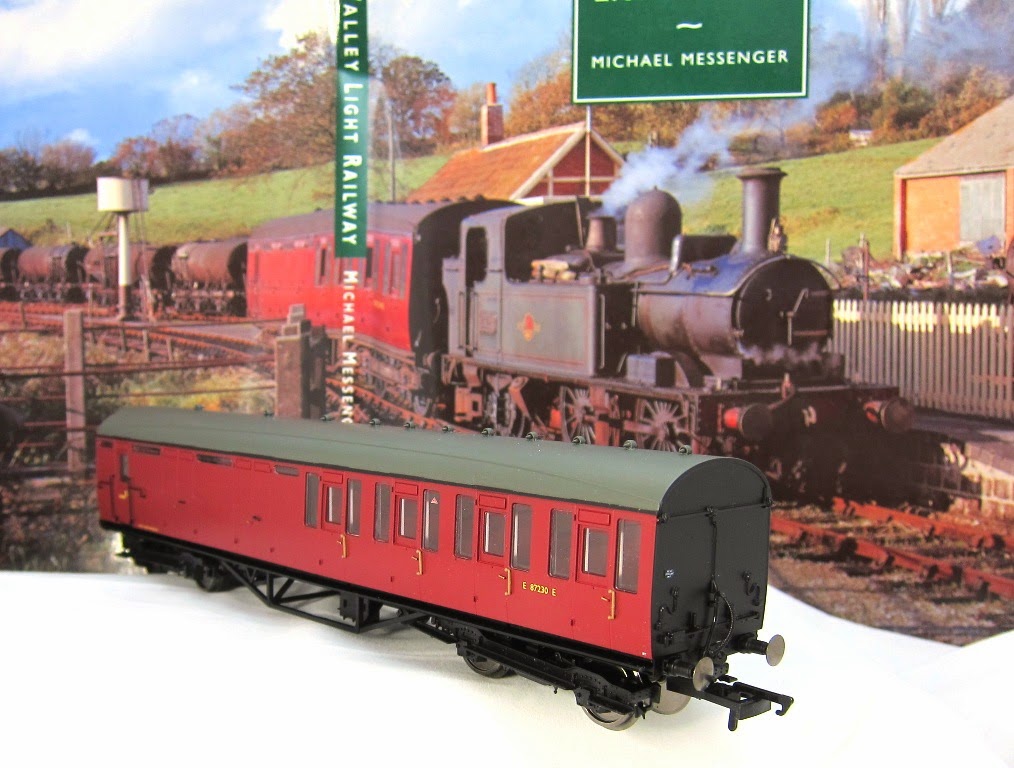 Its a corking little thing really, but then that response is hardly surprising as until this week, it had been 25 odd years since I opened a brand new Hornby coach. They've come on leaps and bounds since I was a kid and the level of detail and printing is very satisfying to see. 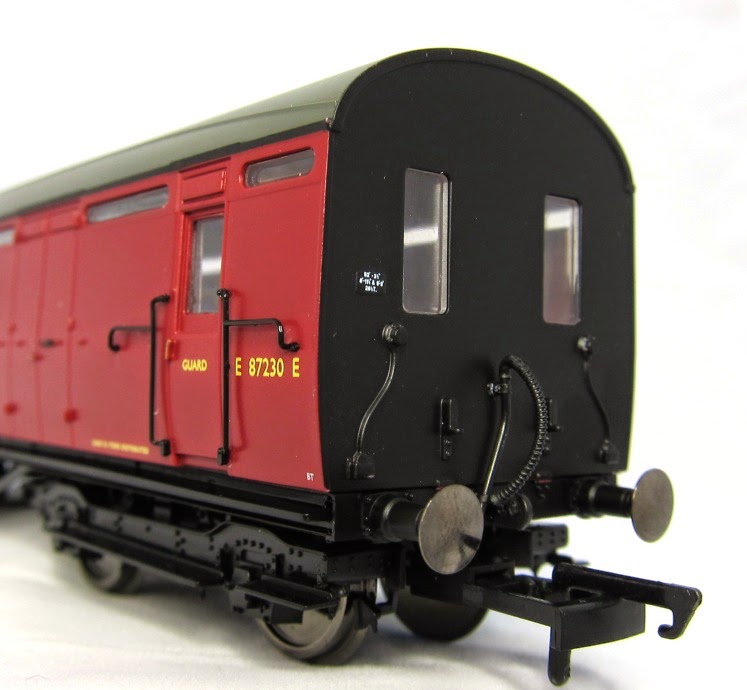 To my unexperienced eye, the paint work is good, detail is nicely moulded and I find the printing unbelievable at this scale. The solebar footboard wobbles around a bit down the length of the coach which is a shame, it was never perfectly flat on the prototype but its a little over accentuated here.

I don't have any drawings to compare it too, but scaling off various photos, it all looks and feels to be in the right ball park. If you've poured over the photos for a while, a couple of things make themselves known


Do they detract from the coach overall? Not really, the handle mounting is one of those things you can spot when you know about it, but its pretty close and I suspect the ventilators can be enhanced with some careful weathering and highlighting to make them pop. The web has proved very useful in finding a colour shot of one of the coaches as it ran on the CVLR, this one on the Disused Stations website of the The West Countryman Railtour on the 24th of February 1963 at Hemyock is very good at showing what I mean.

There are a couple of other interesting points worth mentioning here - the coach is showing its ID number top and tailed with the prefix E, despite by my reckoning having been on the CVLR for about four months or so. The writing above the solebar is also two lines of text and to the right of the door, the model shows it as a single line to the left.

Stand back a bit though, and its difficult not to be impressed overall.

There are a few cosmetic changes that would better reflect the coaches as they ran on the CVLR.  I'm not sure if there were any cosmetic changes between the Brake 3rd as it is and the Brake 2nd as they ran, but assuming its down to interior colours - the most obvious change is the vertical brass handrails next to the doors. They were certainly on the coaches when they arrived for use at the CVLR, but photos show them have disappeared by 3rd November 1962. A set of vertical bars to protect the 'driving windows' in the guards end would also help to capture that CVLR look.

I guess at this juncture then, its time to take it apart.
Posted by Unknown at 21:36