Getting a set of EM wheels into the bogies was a bit harder than I expected, I think I was spoilt by the ease of the conversion on the Hawksworth coach. The first problem I noted was that the gap between the bogie sideframes was only 0.2mm wider than the dimension across the faces of the wheels. The sideframes were also incredibly stiff, and whilst that is OK for running, both issues made it difficult to fit the wider wheelsets in. On the first bogie I attempted to do it without cutting the front and rear stretchers - all I succeeded in doing was knocking one wheel on the squiff on the axle. I gave in and cut the stretchers in the positions shown below 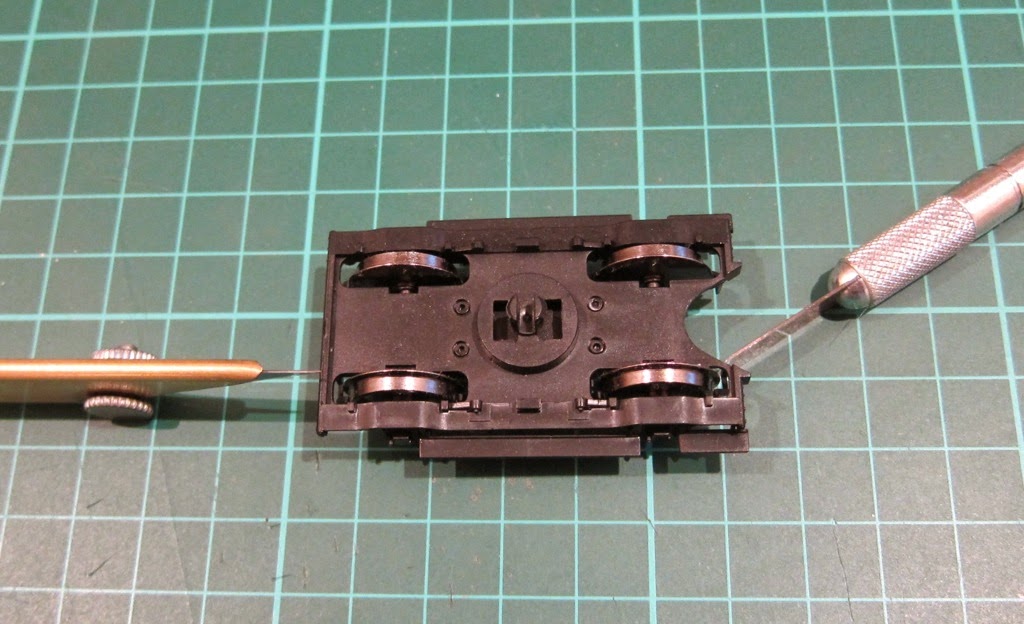 For the second bogie, I cut in the same places, but on both sides to minimise any disturbance to the wheels when fitting. The sideframes were thinned down to get the extra clearance for installation using a brodling bit in a Dremel - messy, but quick and easy (the right hand side has been done in this photo). 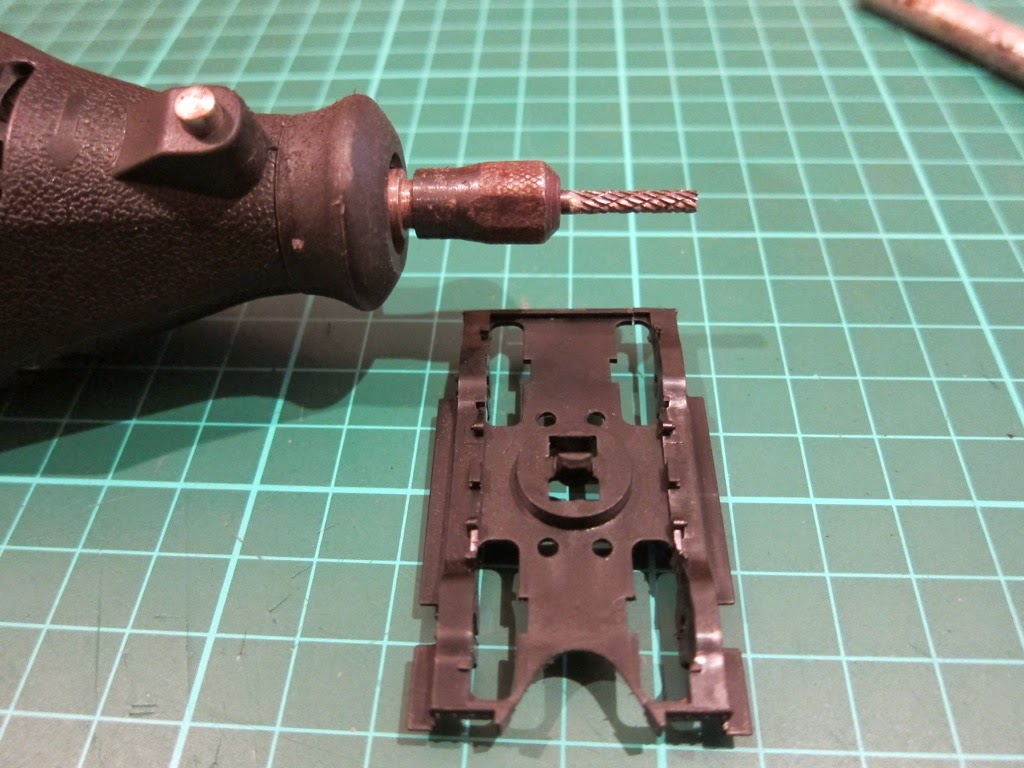 Beyond that, it was as per the Hawksworth, cut the brake moulding into quarters and glue in to suit the new wheel sets. Glue the stretchers back together, sculpt a little out from the coupling recess for the Sprat and Winkle coupling, then glue that in and paint with LifeColour Frame Dirt acrylic.

With the bogies done I resolved to have a better go at sorting out the holes left in the body sides after removing the brass handles. Any traces of the paint used in the door shut lines was removed with 75% strength IPA, applied gently with a brush and removed with tissue. 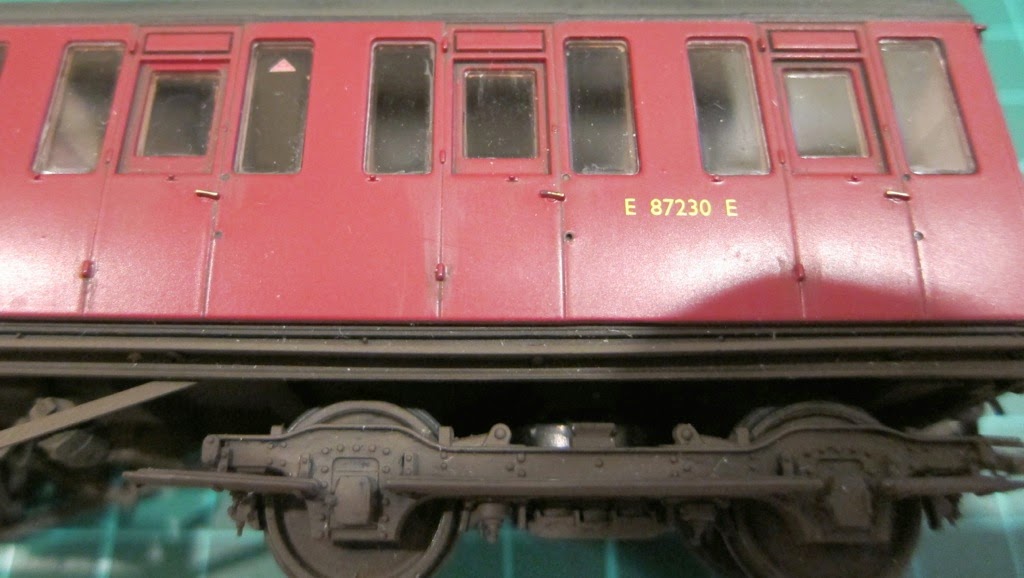 Where the recess was very shallow, it was deepened with a 0.55mm drill in a pin vice. The filler / paint was mixed up using some talcum powder and Humbrol Acrylic (No 20) 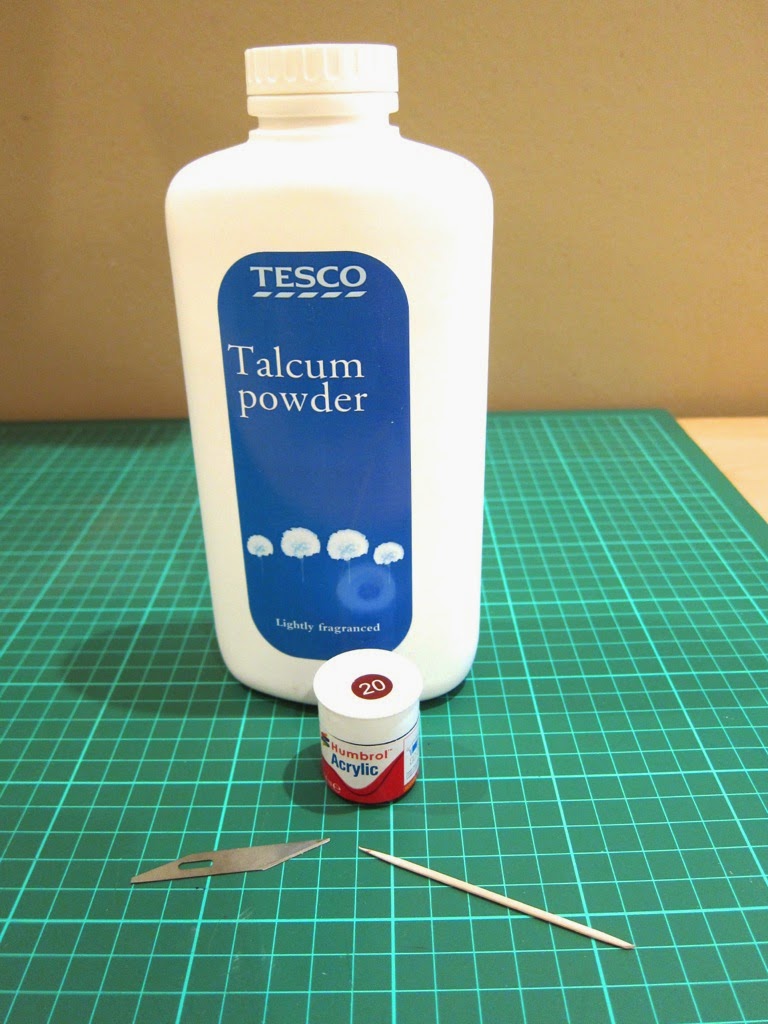 The two were mixed together on some foil until I ended up with a maroon paste. 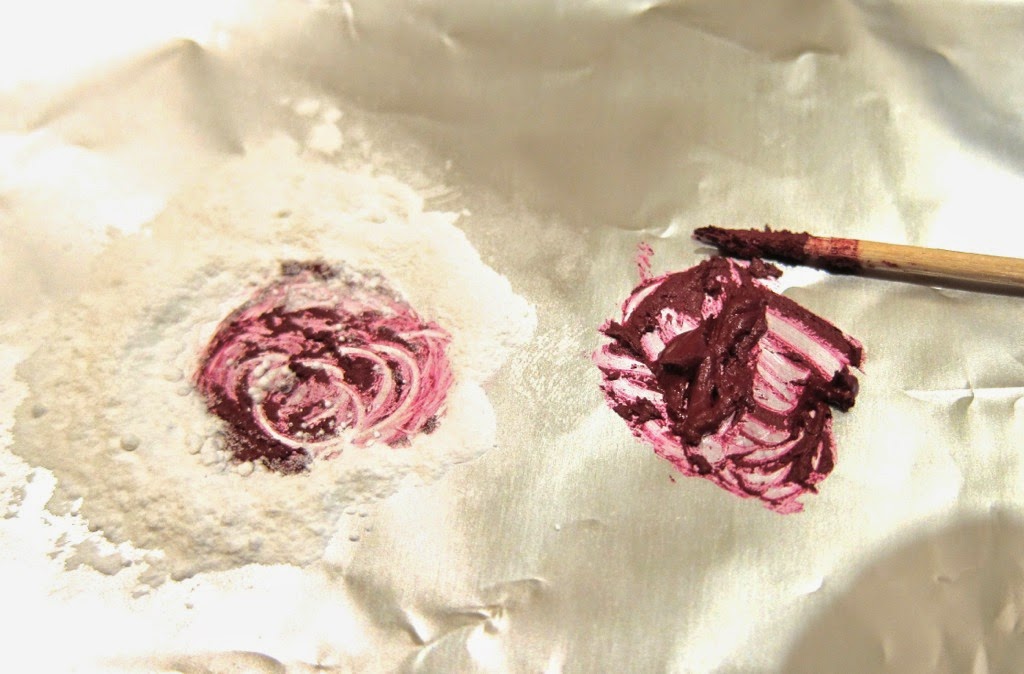 The paste was then forced into each hole using an old scalpel blade, the excess being removed once again with a tissue. The end result is a fair improvement, if not an invisible fix. 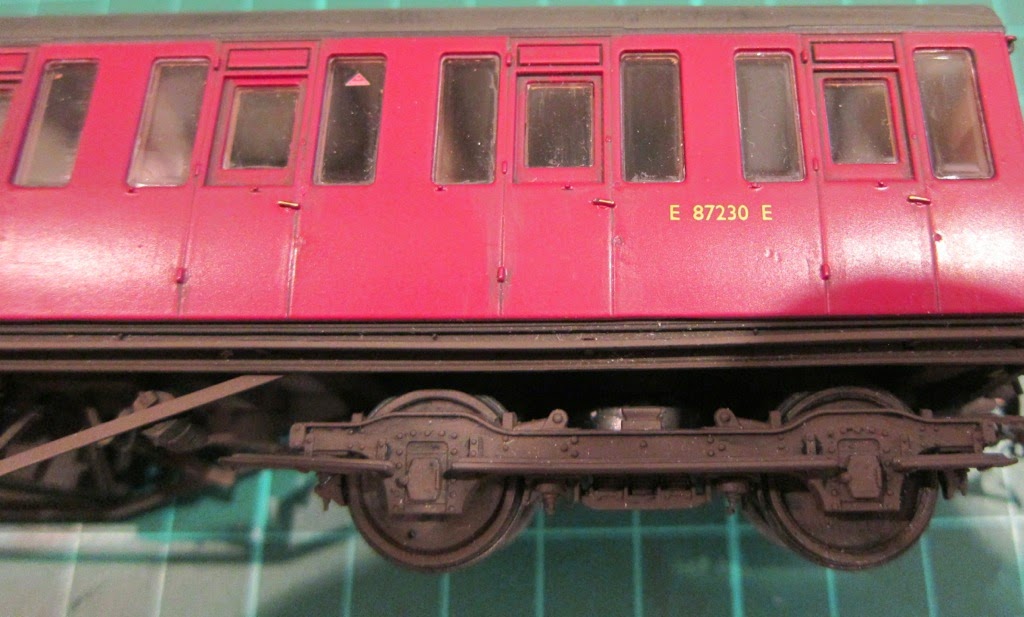 The windows were then given a final clean with a cotton bud and I was happy to call it done (bar a digit change for renumbering). Shown in a few photos below, its different enough to have been worth the effort, without standing out too much. I'm pleased I managed to rein myself in weathering wise and keep it subtle, something I'm generally not very good at. All I need now is something to pull it... 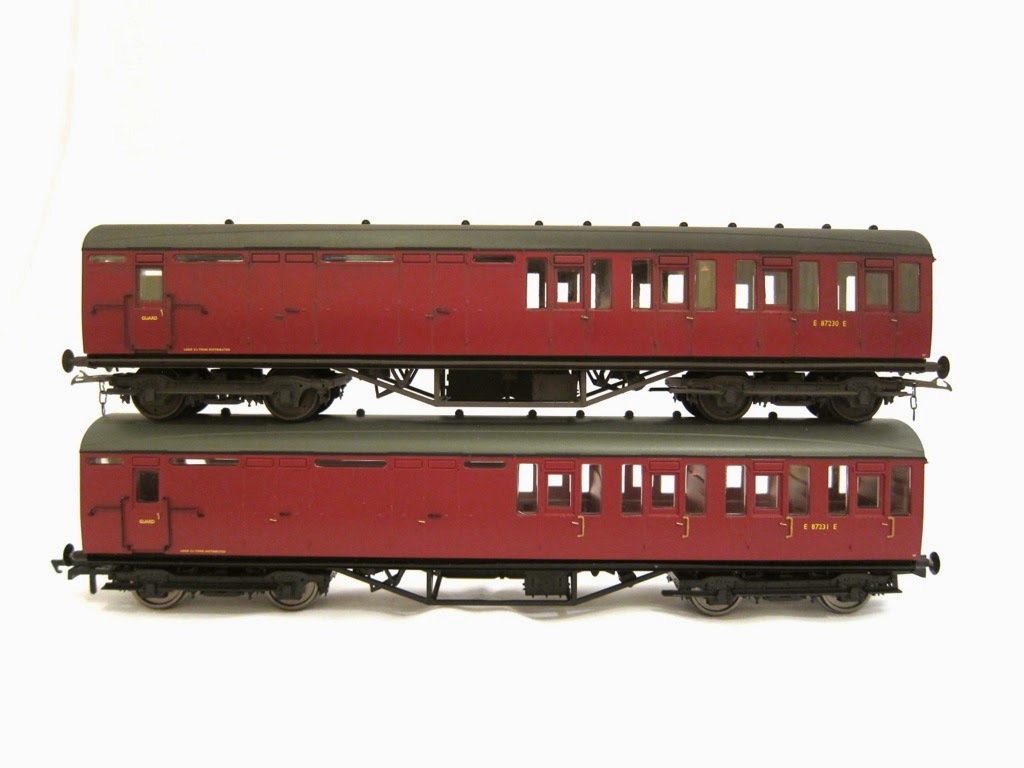